NOT ALL TRIPTANS ARE CREATED EQUAL. HOW TO FINE-TUNE WHICH WILL BE MOST EFFECTIVE FOR YOU.

The first triptan developed was sumatriptan in 1991 and since that time there have been a total of 8 triptan options to choose from. They work by activating (agonist) the serotonin sub-receptor 5-HT1B. The result of activating this receptor is that it helps to constrict (narrow) the dilated inflamed pain-producing meningeal blood vessels which occurs during a migraine attack. The 5-HT1B receptors are also present in the brainstem, and likely play a role in modulating the electrical event of a migraine. Triptans also work by activating (agonist) the serotonin sub-receptor 5-HT1D. The result of activating this receptor is that they stop the trigeminal nerves from releasing a variety of inflammatory proteins around the brain and blood vessels which normally leads to pain during a migraine attack. This also interferes with normal pain processing between the brainstem and the brain (helps to block this electrical transmission), and it helps to block the nausea and vomiting centers in the brainstem, which limits those symptoms.

Triptans are all similar in mechanism of action. However, there are many differences which allow them to be tailored and fine-tuned towards different types of migraine characteristics, as discussed below. This is a very important clinical point that is almost always overlooked by most physicians prescribing these medications if they are not headache specialists. Tailoring triptans to specific migraine characteristics can make a dramatic difference in its effectiveness since triptans are not all one in the same medication. The information below can be discussed with your doctor to hopefully get a better response to your triptan therapy.

FINE-TUNING YOUR TRIPTAN CHOICE: Remember the mnemonic CORN, and this will help to narrow down the best triptan to consider: 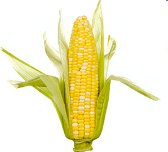 Contraindications: This is not an exhaustive list, but are the most common. Your doctor should be well aware of when triptans should not be used.
-Known vascular disease (coronary artery disease, peripheral vascular disease, history of stroke)
-Vascular risk factors (poorly controlled hypertension, hyperlipidemia, diabetes, smoking, premature family history of coronary artery disease (men less than age 55, women less than age 65), postmenopausal women, etc.
-Kidney or liver failure
-Prinz-Metal angina

Onset to migraine peak pain:
-Group 1 triptan (quicker onset) is generally much more useful than a Group 2 triptan (slower onset).
-A subcutaneous injection or nasal spray triptan will typically be most helpful if:
-Patient wakes with migraine already ongoing (waking migraine)
-Migraine hits its peak pain level within 30 minutes or so

Return of migraine after treatment:
-If migraine recurrence occurs within 24 hours (for example it goes away with the triptan, but keeps returning later in the day or the next day), or the migraine is usually multiple consecutive days long (such as menstrual migraine):
-Combine the 1st dose of the triptan with an NSAID (such as Naproxen)
-Use a group 2 triptan (Naratriptan vs. Frovatriptan)

Nausea and vomiting severity:
-If nausea and vomiting occur early in the attack, or are severe to where it is hard to keep a pill down without vomiting it back up:
-A subcutaneous injection or nasal spray triptan should be used.
-Of note, dissolvable triptan tablets are still absorbed by the gastrointestinal tract, not sublingually. So, vomiting will still make this route ineffective, similar to a regular pill.

Rizatriptan:
-Fastest onset of oral triptans
-Greatest likelihood of 2h pain-free and sustained pain-free response
-Propranolol increases its serum concentration, so 5mg per dose should be if used together

Almotriptan:
-The group 1 triptan with the least side effects

Naratriptan:
-The “gentle triptan” with the least side effects given its slower onset of action
-Low 24 hour migraine recurrence rate
-Good choice to give shortly prior to an expected and known migraine trigger (menstruation, air travel, etc.)
-Does not have monoamine oxidase metabolism, so it can be given with MAOI (as can Eletriptan and Frovatriptan)

Frovatriptan:
-Low side effect potential given its slower onset of action
-Longest half life
-Low 24 hour migraine recurrence rate
-Good choice to give shortly prior to an expected and known migraine trigger (menstruation, air travel, etc.)

CONCLUSIONS:
The triptans were and have been a game changer for millions of migraine patients in aborting migraine attacks. Using the highest available triptan dose is also generally recommended to see the full effect. We see many patients who have “failed triptans”, but on further history they were put on very low doses (such as 25 mg sumatriptan, when 100 mg is the standard dose). Even so, about 25% of migraineurs do not respond to triptans, only 1/3rd are pain-free at 2 hours, and only 17-25% remain pain-free at 24 hours. Therefore, although the majority respond well to triptans, not everyone does. Luckily, there are other medication options including two brand new classes of migraine abortive medications (gepants, ditans) which have become available in 2020 and will be detailed in a separate blog.