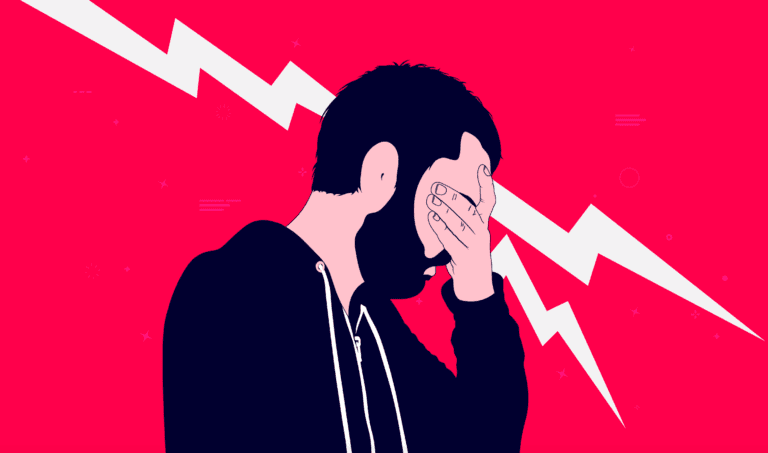 Thunderclap headaches are not common in individuals in developed countries, such as the United States. In fact, they happen to about 43 out of 100,000 adults. This is a very severe (“first or worst”) headache of an abrupt onset, reaching maximum intensity in less than 1 minute and lasting for 5 or more minutes. This headache requires emergent evaluation at the nearest emergency department for testing and evaluation, especially the first time that it occurs. One of the main diagnoses that needs to be evaluated for is a blood vessel related headache such as subarachnoid hemorrhage from aneurysm rupture (brain bleed).

Vasculitis occurs when there is inflammation and narrowing of various arteries in the brain. It is often associated with thunderclap headache. It can be caused by a number of things including medications (over the counter decongestants are sometimes culprits, along with many other medicine types), infections, or autoimmune disorders. Reversible Cerebral Vasoconstrictive Syndrome (RCVS) is a common cause of this, and is often medicine induced.

Cerebral venous thrombosis occurs when a large blood clot forms and blocks blood flow in the brain. The large cerebral venous sinuses drain the brain of blood after the blood has delivered oxygen to the brain. From the venous sinuses, they drain into the jugular veins, and back into the normal circulation. Sometimes a blood clot can be formed in one of these venous sinuses causing blood flow to back up. This leads to headache (sometimes can be thunderclap) and can cause a variety of other neurological symptoms as well.

This can occur when there is a tearing of one of the arteries in the neck or brain such as the carotid or vertebral arteries.

Meningitis is another condition that can cause a thunderclap headache. This is usually associated with fevers, chills, bad neck pain, and often confusion. Caused by either bacteria or viruses, meningitis is an inflammation of the brain and spinal cord lining that puts pressure on the brain. Infections of the brain are responsible for about 7% of thunderclap headaches, according to the National Institute of Health.

A severe head injury can also bring about a thunderclap headache. By and far, the most common cause of a head injury are falls and motor vehicle accidents. Sports and other physical activities can often result in a head injury. Depending upon the severity of the injury, one may experience a thunderclap headache. Head injuries often result in a concussion, which may include some additional symptoms, such as confusion, a dislike of noise or light, memory problems, difficulty with balance, and an inability to concentrate.

For some patients, their migraines can come on abruptly and wake them up, or they can come on during the day as well with fast onset. This cause is established after proper testing has been completed for thunderclap headaches, and after a recurring pattern has been observed.

What Should I Do If I Have a Thunderclap Headache?

You have very limited time to act if you notice the onset of a thunderclap headache. If you have a subarachnoid hemorrhage, it can start causing permanent brain damage in as little as three to four minutes. If a patient is able to secure treatment quickly, the odds of survival and recovery are better. Generally speaking, about 33% of patients who receive treatment for this type of hemorrhage have a favorable outlook of recovery, meaning that they experience no disability after the fact. This type of headache requires emergency evaluation in the emergency department.

How Do Doctors Investigate Thunderclap Headaches?

Emergency medical personnel and headache specialists have a unique challenge when diagnosing the cause of a thunderclap headache, as the investigation is often a race against time. If evaluated promptly, a physician will often do a CTA of the head and neck blood vessels (CT angiogram, which is a special CT scan with IV contrast to look at the brain and the arteries). An MRI and MRA of the brain and neck blood vessels is another option. They would be looking for an outpouching of blood vessels (indicating an aneurysm), tearing of an artery (dissection), blood vessel inflammation, or a tear. If a cerebral venous thrombosis is suspected, an MRV or CTV of the brain may also be done. The “V” in these tests is for venogram to look at the deep venous blood channels which the blood from the brain drain into, but can become blocked with a blood clot. If there is a high suspicion for an aneurysm rupture (tearing), a lumbar puncture may be done to look for blood in the spinal fluid. A lumbar puncture may also be done if there is concern for meningitis, along with blood tests looking for signs of infection.

How Do Doctors Treat Thunderclap Headaches?

Doctors deal with thunderclap headaches by immediately addressing the primary cause. For example, if a person is having a stroke, they may receive blood thinners to help break up a blood clot. Surgery can also attempt to repair brain bleeds by securing blood vessels, repairing aneurysms, and relieving pressure on the brain. Infections, such as meningitis, can be treated with antibiotics (if bacterial) and with antiviral drugs (in very rare instances of viral meningitis). For concussions, doctors can prescribe rest and the concussion will generally resolve itself within about 14 days. Pain relievers and nausea medications are typically prescribed for concussion.

What Are the Risk Factors for a Thunderclap Headache?

There are a plethora of risk factors for a thunderclap headache. For strokes and hemorrhage, diabetes, high blood pressure, genetic history, smoking, and age are all risk factors. The risk of a stroke doubles each decade for individuals who are over the age of 45. Over 70% of all strokes happen once a person reaches the age of 65. Smoking, alcohol, and hypertension (stress) are the major risk factors for a subarachnoid hemorrhage.

The Seriousness of Thunderclap Headaches

There is a benign form of thunderclap headache called primary thunderclap headache, which is not caused by something bad. However, this cannot be diagnosed until examination, further history, testing, and a recurrent pattern of events have been established (never assume this during the first attack). Evaluations to exclude other more dangerous causes of the headache must have been performed with a physician first before considering this. 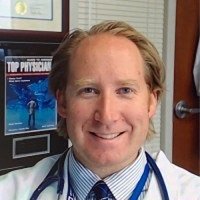 Dr. Eric P. Baron is a staff ABPN (American Board of Psychiatry and Neurology) Board Certified Neurologist and a UCNS (United Council for Neurologic Subspecialties) Diplomat Board Certified in Headache Medicine at Cleveland Clinic Neurological Institute, Center for Neurological Restoration – Headache and Chronic Pain Medicine, in Cleveland, Ohio. He completed his Neurology Residency in 2009 at Cleveland Clinic, where he also served as Chief Neurology Resident. He then completed a Headache Medicine Fellowship in 2010, also at Cleveland Clinic, and has remained on as staff. He is also a Clinical Assistant Professor of Neurology at Cleveland Clinic Lerner College of Medicine of Case Western Reserve University. He has been repeatedly recognized as a “Top Doctor” as voted for by his peers in Cleveland Magazine, and has been repeatedly named one of "America's Top Physicians". He is an author of the popular neurology board review book, Comprehensive Review in Clinical Neurology: A Multiple Choice Question Book for the Wards and Boards, 1st and 2nd editions, and has authored many publications across a broad range of migraine and headache related topics. To help patients and health care providers who do not have easy access to a headache specialist referral due to the shortage in the US and globally, he created and manages the Virtual Headache Specialist migraine, headache, and facial pain educational content, blog, and personalized headache and facial pain symptom checker tool. You can follow his neurology, headache, and migraine updates on Twitter @Neuralgroover.